Stanley, Idaho is home to many people, places, and sports. However, white water rafting down the Upper Salmon is an activity that many people love to experience while they are in town. During the early season, it is common that you will see some wildflowers on the luscious banks as you float from the put-in to the take-out. 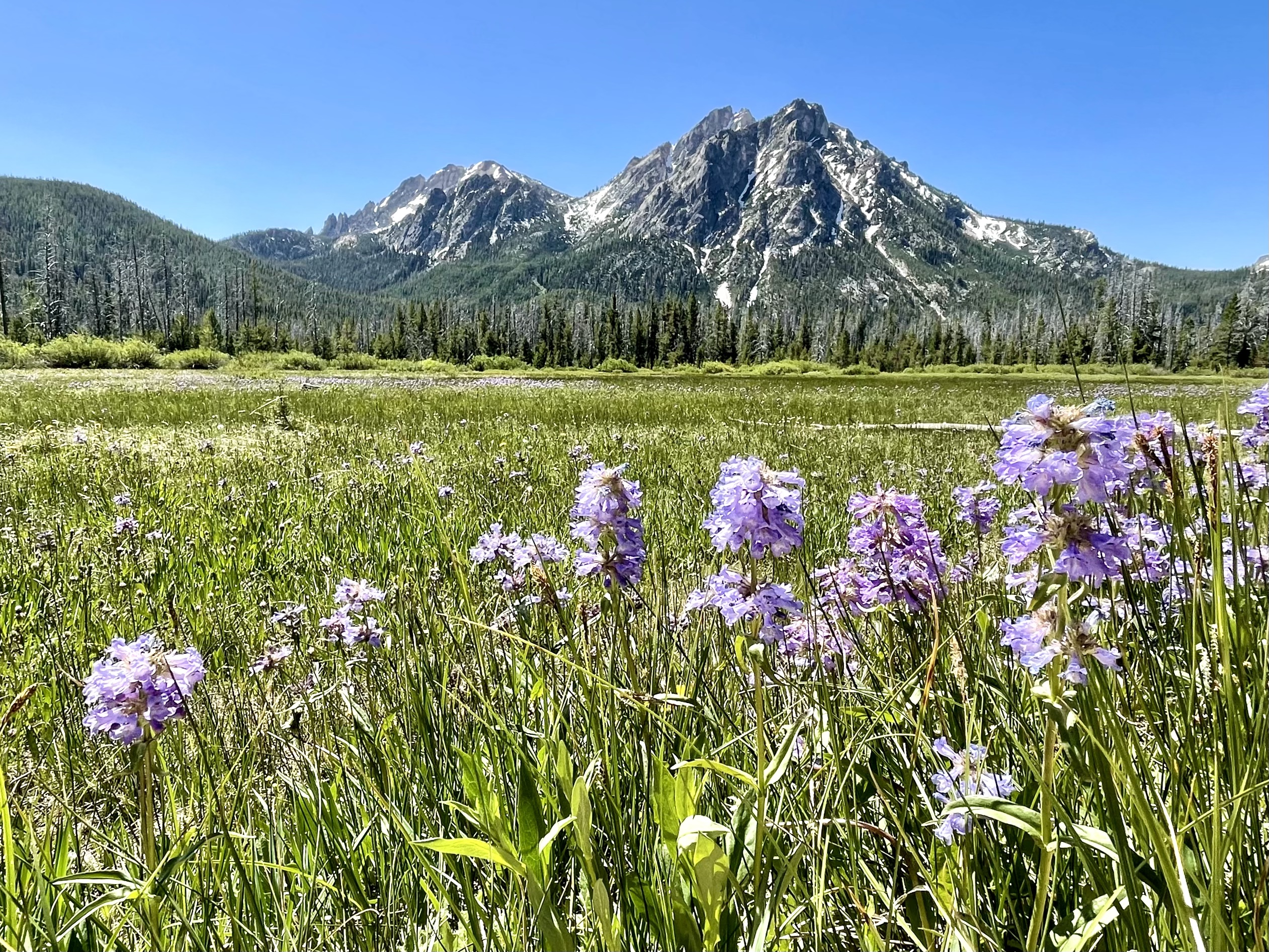 One of the most popular wildflowers to see while White Water Rafting in Stanley is the Arrow-Leaved Balsamroot. These flowers are very similar to a sunflower, especially since they can grow up to twenty-five feet tall! They get their name from their petals, which grow in an arrow shape, and can extend up to twelve inches. The most common time to see this flower is from May to July, especially in open areas such as a field or hillside. Historically, almost all parts of this flower were used as food by indigenous groups. For example, the roots of this plant can be baked or steamed in order to be eaten.

Another common, yet beautiful, wildflower that you will see during your visit to Stanley is Rydberg’s Penstemon. Although the Rydberg Penstemon is typically found in the fields and hills around Stanley, Idaho, there are 249 other recognized species of Penstemon. This makes the Penstemon genus the third largest family of flowers found in the interior Western United States. Along with this, the Penstemon genus can produce multiple colors of flowers which tend to include pink, red, or purple. Although pink and red flowers would be a welcome addition to the hillsides of Stanley, the most common color you will see is purple.

The Rydberg Penstemon is named in honor of Per Axel Rydberg. This is just one of nearly two dozen plant species that are named after him. Rydberg was a prominent Swedish-American botanist of the late 19th and 20th centuries. He was originally trained as a railroad engineer, but after an extreme railroad accident Rydberg took on botany as his second career. He eventually rose to be a curator of the New York Botanical Garden herbarium and authorized the authentication of multiple floras within the Black Hills, Colorado, Montana, Rocky Mountains, and Great Plains.

So, the next time that you find yourself visiting Stanley, Idaho. Make sure to keep an eye out for these two prominent flowers!