Looking Into The Night

As people flock from the city to the mountains, there are constantly individuals who are amazed by the stars that light up the night sky. When you are in large cities, the bright artificial lights from buildings create light pollution. This pollution cancels out the stars above and makes them more difficult to see. However, when you move away from the city and into the mountains, you are able to experience the magic that the night sky provides. In order to preserve this, Idaho has created the “Central Idaho Dark Sky Reserve”. 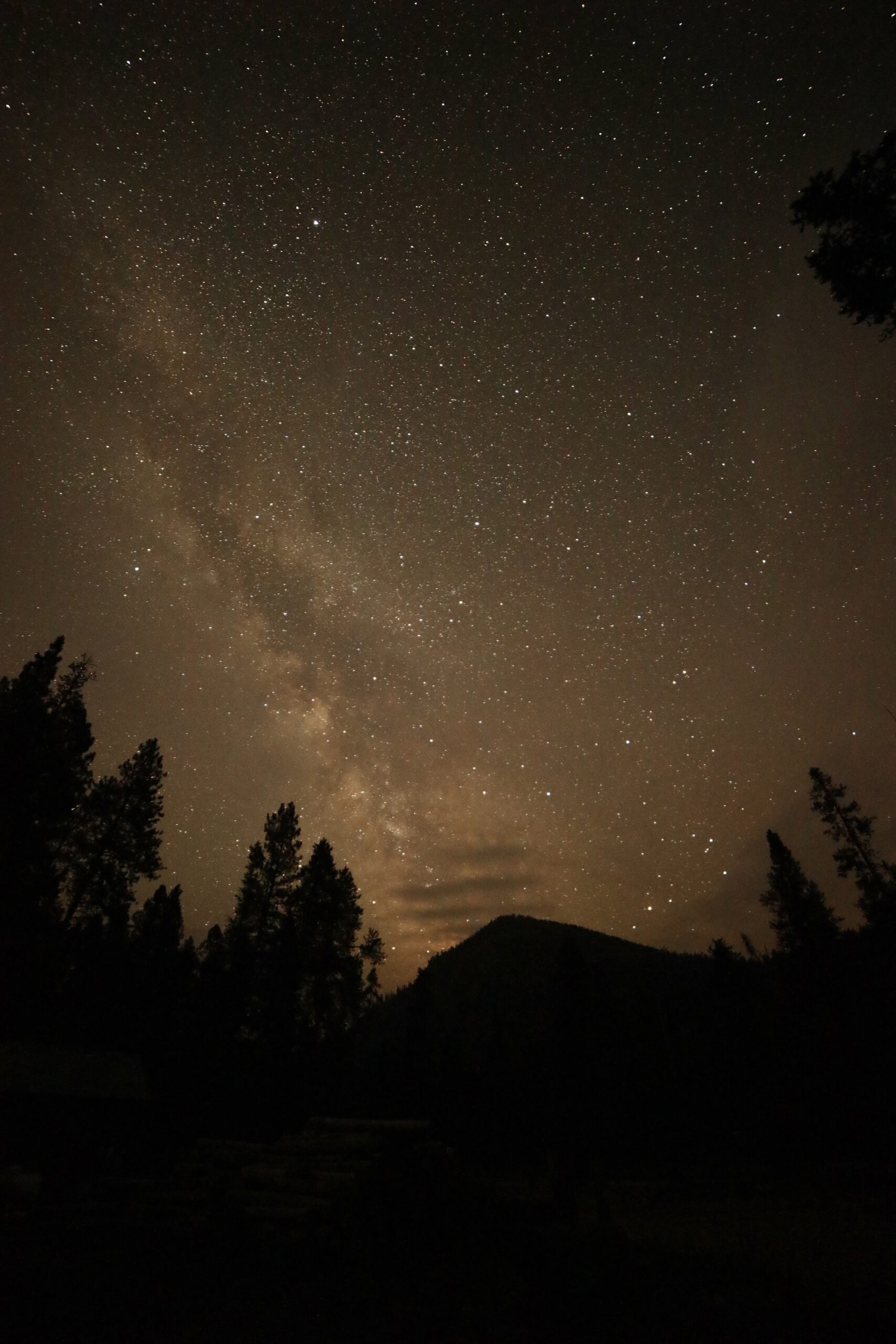 The Central Idaho Dark Sky Reserve encompasses a vast amount of land throughout the Sawtooth National Forrest. This land (and the sky above it) covers almost 1,416 square miles! This stretches across multiple towns, one of which includes Stanley.

This reserve was put into place in order to protect the land, animals, and natural environment. Starting in 2017, Ketchum, Idaho was the first to being this process. Since then, many of the surrounding towns have followed suit and adopted the concept of preserving visitors’ ability to see ample amounts of stars in the night sky.

Even before recorded time, the one thing that animals could count on was that the sun would rise and set every day. They knew to look for the light and what it meant. However, humans have developed a strong relationship with artificial lighting, this system has now been thrown out of order. Now, animals, such as birds, can easily get disoriented by glaring city lights.

Birds that migrate or hunt at night navigate by moonlight and starlight. However, artificial light can cause them to lose their sense of direction. In the end, this may lead them in the wrong direction, or, even worse into a dangerous cityscape. For example, every year millions of birds perish by colliding with buildings that are artificially illuminated during the night. By limiting the amount of light that is put out into the night sky, issues such as this one could be mitigated.

How Towns are Helping

Over time, producing light consumes a large sum of energy. According to the U.S. Department of Energy, almost 35% of light is wasted by unshielded and poorly aimed lighting. As a result, this adds up to almost $3.3 billion and 21 million tons of carbon dioxide per year.

However, there are multiple things that towns are doing in order to reduce their light use. The primary action that is being taken is for homes and businesses to install dark sky-friendly lighting. This means that towns are pushing for residents to install fixtures that direct light downward on areas that need to be illuminated. By doing this, it limits the glare and up-lighting into the night sky. Along with this, choosing bulbs for outdoor lights that provide warm white light with a yellow glow rather than a cool blue light is extremely helpful.

Ultimately, all of this effort is to preserve the ability for future generations to look into the night sky and be amazed by the galaxy above them. Similarly, this reserve benefits the animals in the area by eliminating unnecessary light pollution that affects their natural circadian rhythm. So, the next time you visit Stanely, Idaho take a look up into the night sky and take a gander at the stars that whirl above.